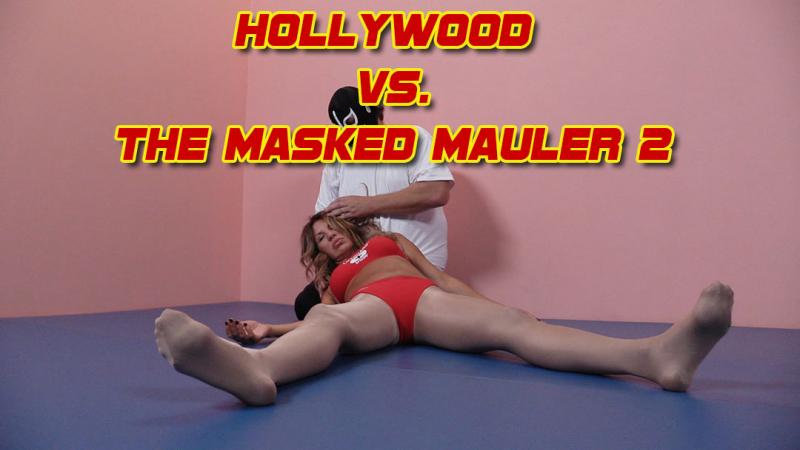 Even though this is Hollywood vs. MM 2, it was actually filmed first. It's Hollywoods first meeting with the masked meatball and she sees this as an easy win considering his lack of skills and athletic shape and seeing as she is as fit and strong as can be, you would think this would be a snap, right?

Well, it's STARTS off that way, with Hollywood dominating and taking out her overweight foe a few times and knowing his penchant for feet, she places her feet on his face while he's out so he can't enjoy it. THE HORROR!!!

It's a funny thing about taking on guys twice your size. You've always gotta be on your toes otherwise the tables can turn VERRRRRRRY quickly and that's exactly what happens here. Hollywood lets her guard down and soon she is on the receiving end of some kicks, belly punches and some lethal sleepers and bearhugs. She never gets her wits about her long enough to launch a counter-attack. It's just one trip to dreamland after another!

Oh and he does get some foot worship in there and once she sees this she will NOT be happy about it!