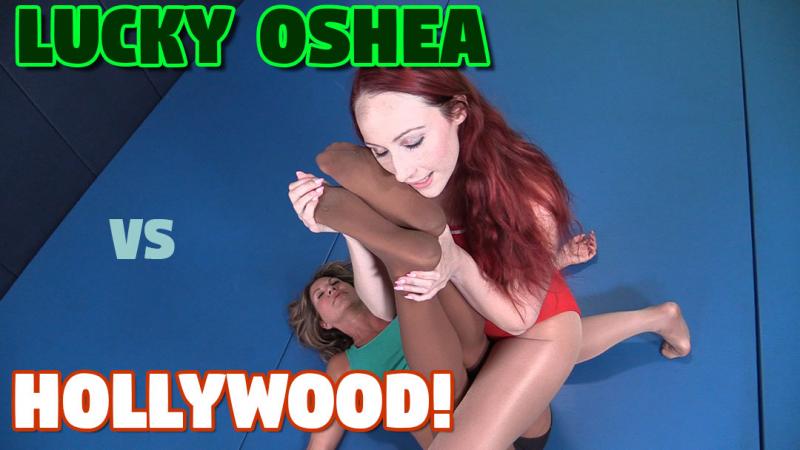 Lucky can't stay away from Hollywood's feet!  The only problem is, she keeps knocking Hollywood out so there isn't much Hollywood can do about it!

Hollywood does take Lucky out twice though, just enough to show her who's boss and evens the score, 2 KO's a piece. So Lucky resorts to dirty tactics like repeatedly slamming Hollywood's head into the hard mats until she's among other things.,

Look for sleeper KO's, leg choke KO's, Boston crabs, Head slamming KO and lots of other action as these two pros go at it!