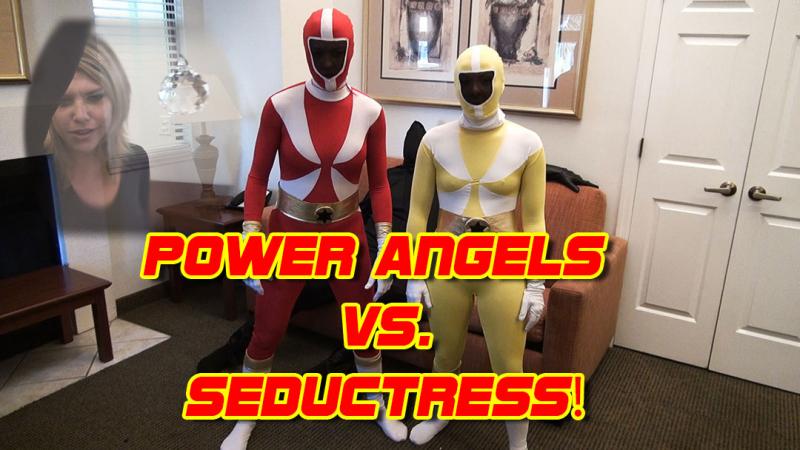 Here is another one from the vault!

The Power Angels are looking for the Seductress but her henchman isn't talking. So the Power Angels beat him up. Once they are through with him, the Seductress shows up and puts them under her spell!
She instructs her henchman to unmask the two Angels and she promptly puts their lights out.
Her henchman carries them away and now they are in another room where the Seductress uses orgasms to control one of the angels and then she turns her partner.
They have apparently forgotten all about being good and super and when Luna Star shows up to find out what's going on, they grab her and give her an orgasm of her own!

Lots of softcore g/g and g/g/g action in this one. The intro scene lasts about 6 minutes. It gives me a good idea to expand on that for the future!