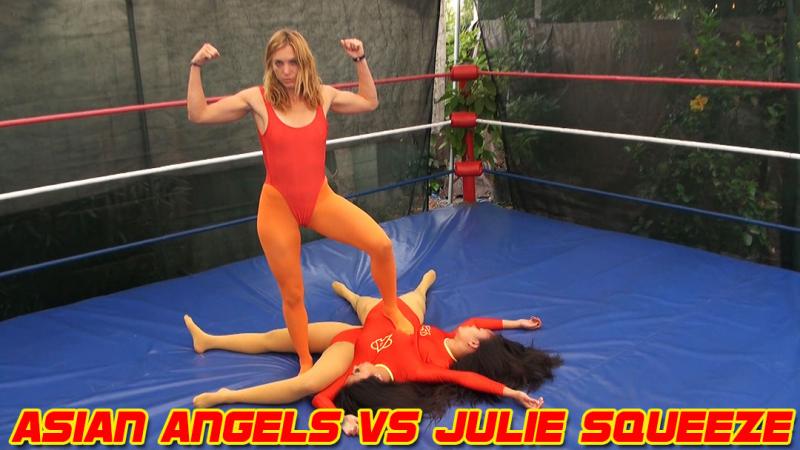 This video is only 8 minutes long but it packs in so much action it seems like its double the length.

Never has Julie Squeeze put on such and awesome display of strength and power. She flies from move to move with such speed and agility and never stops to catch her breath. It's an amazing display of wrestling mastery!

Julie starts off a little slow in this match but apparently being knocked out has angered her to the point where she puts on a clinic taking on two girls at once!