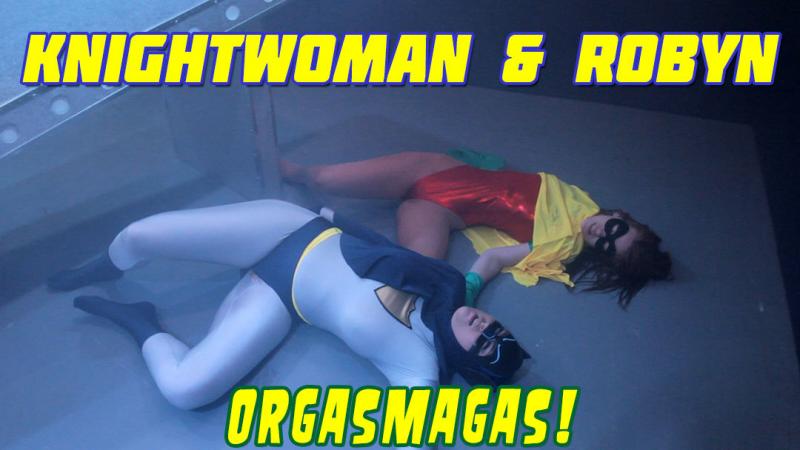 Robyn goes after the Mighty H but is subdued by his power. She wakes up in his lair but he has started exposing her to Orgasmagas! Soon she is unable to control herself. Knightwoman soon finds her but is overcome by the gas as well! The two heroines cannot keep their hands off each other. Once they have orgasmed, they regain their senses only to get gassed again, this time knocking them out.

Later in another scene, the superheros are at an undisclosed location and they figure out the only way to break the spell is to have more orgasms. Fight fire with fire!