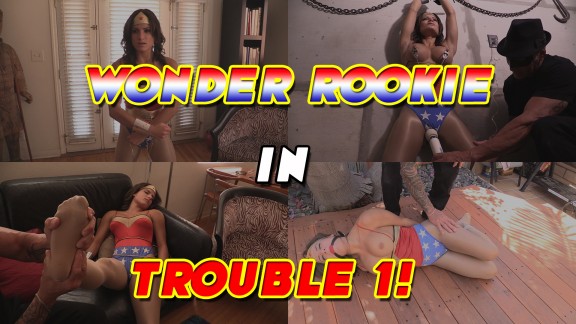 A wonder Rookie goes on the prowl and meets up with an armed robber who tried to take her down. She deftly deflects his shots and takes him down but fails to protect her lasso from being snatched and soon it is around her waist!

Falling under the spell of the lasso, she reveals the secret to her identity and the villain takes her down and carries her to his hideaway.

When she regains consciousness she is bound AOH and for information. Our plucky heroine will not give up the good so she is vibed until she orgasms but still won't spill!

She is sent to D-Land once again and when she awakes, her tormentor is gone. She is able to escape! But she doesn't get far and soon she finds herself bound and gagged.

What could happen next to this Wonder Rookie?