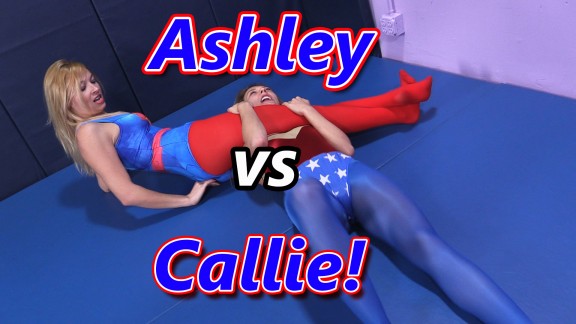 It's Callie's first match! In this match she goes up against Ashley Wildkat who is quickly making a name for herself as an adept fighter!
We upped the ante and with the loser getting bound in a hogtie.
Ashley wastes no time in looking to get the upper hand against the inexperienced Callie and knowing that Callie has a very agile fighter, she does her best to keep Callie off balance.
Callie is able to get some moves in but she Ashley proves to be too much for her and KO's her with a sleeper hold.
Callie is tied up and struggles to break free.