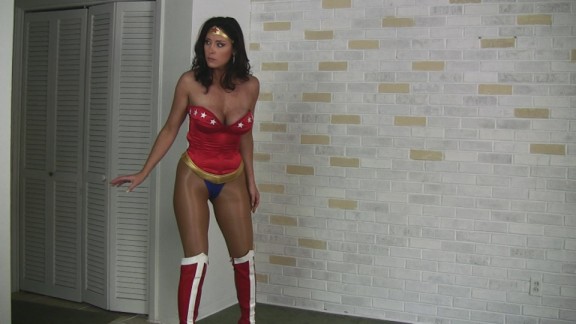 Yet another video from the wayback machine! we recently stumbled on an old hard drive that had several project that were completed but never released. This video was another custom we shot and I'm suprised we never released it. But it's here for you now!

An intruder devises different ways to send Wonder Christina to dreamland. First a rag, then spray, then he uses a crystal to make her use a rag on herself when commanded! Next a karate chop, then gas and finally, FINALLY, Wonder Christina is able to get her bearings and start to beat up on the Intruder. But Wait! He gives a command, and suddenly she cannot control herself and winds up going down by her own hand! Looks like that's it for Wonder Christna!