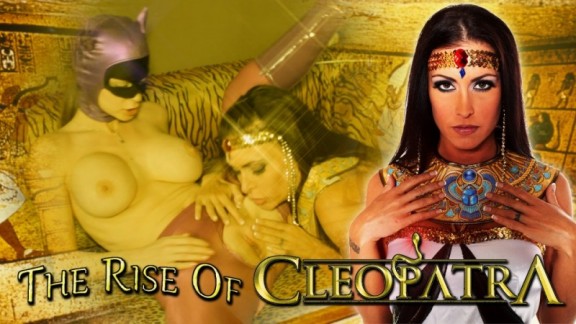 Deep below stately Jane Manor... Knightwoman ponders an ancient nemesis in the Knight Cave. The dreaded villainess Cleopatra was been awakened by an evil mummy's curse... and it's up to the caped crusader bring her down once and for all.

Meanwhile, across town and a mile beneath Arkham Heights... Cleopatra plots her next move in her heavily fortifide treasure vault. She needs to be rid of Knightwoman in order to enslave all of Arkham... and she has just stolen a weapon that may just help her finally defeat The Dark Knight. Cleopatra has gotten her hands on the OrgasmaGas formula... and she plans on using it!

Knightwoman, following the Knight Computer's coordinates... navigates the danger filled catacombs buried deep beneath Arkham's surface... and soon finds the grand hallway that leads to Cleopatra's underground fortress. Little does she know... a dastardly trap has been set!