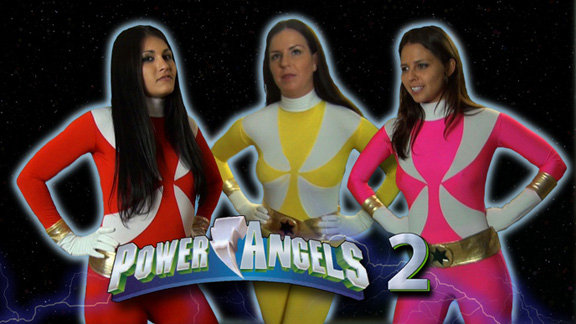 Yellow Power Angel enters the lair and finds her two crimefighting cohorts zoned out sitting side by side. Before she can figure out whats happening, the two rangers attack her and force her to submit to Mighty's evil plans. They worship her feet and then complete their mission by forcing her to orgasm and join them on Mighty's team of transformed superheroines!

Mighty then orders his new stable of slaves to get topless for him and make out. The girls are happy to comply and begin kissing and fondling each other. They soon fall into a peaceful slumber at the hands of their new master.

Will the Blue Power Angel be able to save them? Stay tuned!