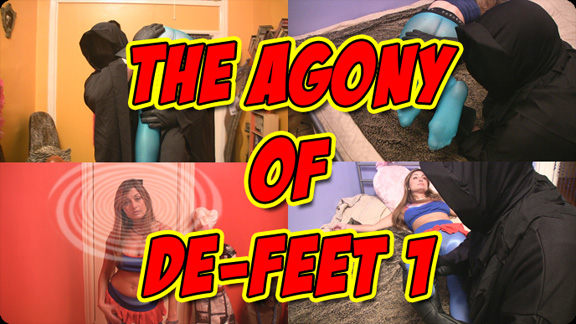 This was based on a story idea from a while ago, a video that had all the elements from when the site first started.
Tina Krause stars as a superheroine masquerading as a police officer who is caught by suprise and captured. She is debooted and fondled with plenty of foot worship.
Once she regains consciousness she returns in her superheroine personal, SuperStar and is confronted by a hypnotic villain who brings her under his control and places a hypnotic device around her neck.
She is unable to resist or fight as he worships her feet and body yet again!